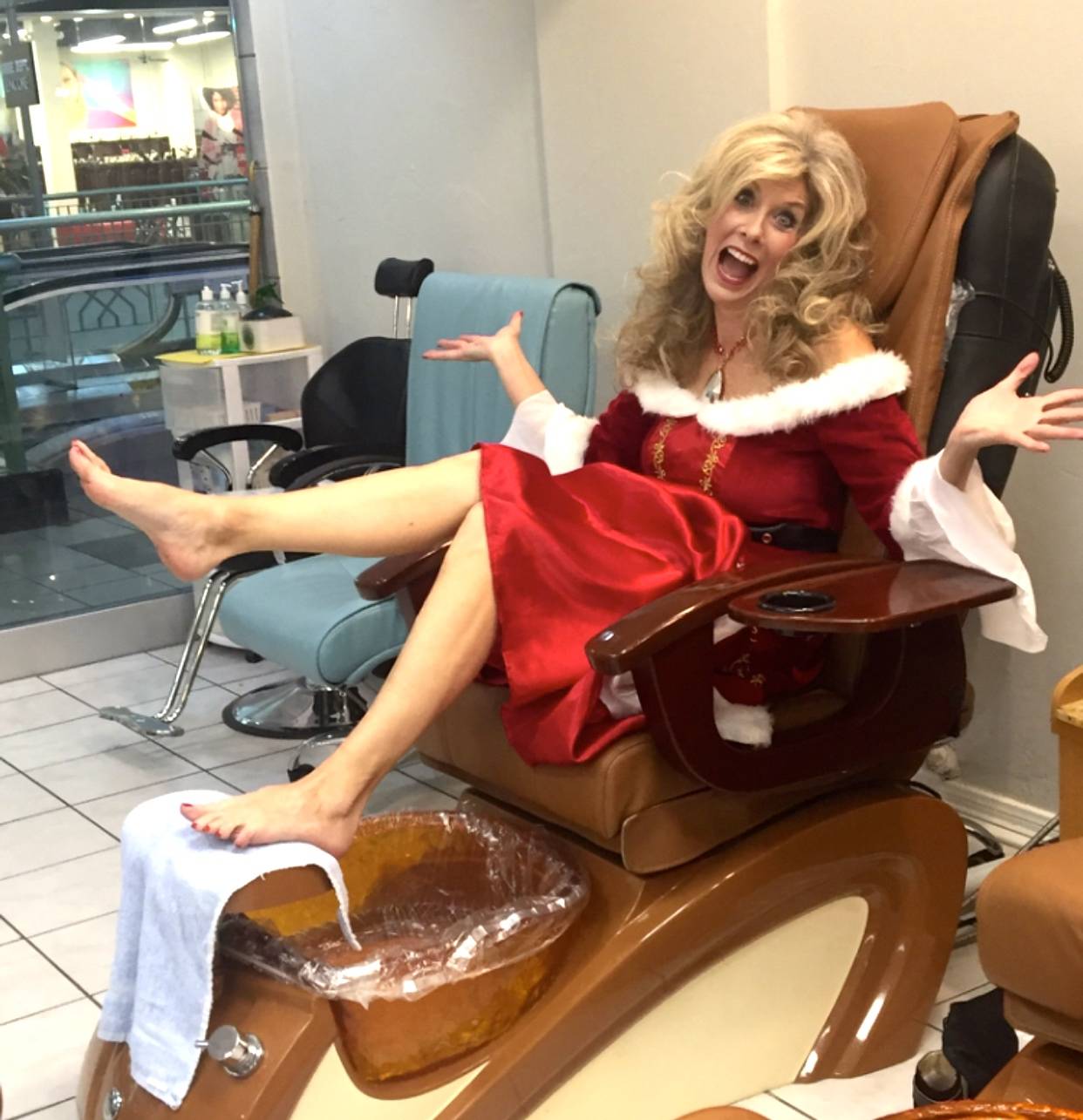 “I’m the first lady of the North Pole.”

Yes, she most certainly is, which is why I fought tooth and nail to get an exclusive interview. No easy feat this time of year, believe you me. So, if anyone deserves a pampering pedicure after yesterday, it’s her!

Let me start by saying that I’m kind of ashamed of myself. I went into this interview in hopes of uncovering dirt. I wanted the down low on the big show (and the big guy in particular). You see, like most grown-ups, I’ve been disappointed by role models at enough turns to induce vertigo, so surely there had to be secrets.

Instead, what I got was a version of a Hallmark script that makes the recently released Mr. Rogers movie look like a horror flick. Mrs. C’s account of life at the pole came with so much sugar, I thought I’d lapse into a diabetic coma, but something else happened instead.

I heard about how the couple met, how consistently kind Santa is at home, and her advice on making relationships work. And, although initially turned off by her love of the traditional role she holds in their marriage, I was impressed at just how much she genuinely loves what she does. So, who am I to judge?

“I am where I’m supposed to be in my life. Helping others spread the joy of Christmas.”

What struck me most about this behind the scenes celeb was her advice for young girls (and old).

“You need to be yourself. Don’t try to be anyone else. Love yourself. You are unique. Don’t grow up too fast. Enjoy the innocence of your childhood. You are smart, you are kind, you are beautiful, and you are enough.”

In the end, the cynic in me took a backseat, and I found myself the willing recipient of all that this girlfriend lives to dole out – a massive dose of Christmas spirit.

Mrs. C. admits to having a strong circle of girlfriends (something I advise for all), and I admit to wanting to be part of it. If this power couple passes through Dallas on the way to their upcoming Cayman Island vacay, I may have to coax them into sharing a cup of “magical hot cocoa.”

Thanks for the interview, girlfriend, and enjoy your much deserved downtime!