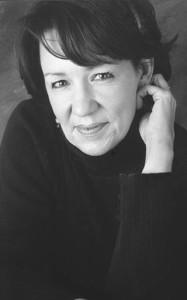 I love it when people say things off the cuff that end up inspiring me for days and weeks on end. Actually, it’s been a few months since a close friend of mine said the following: “If the universe keeps sending you a message to stop doing something, and you keep doing it, it’s just stupid.” This in response to me asking her if she drank caffeine. The answer was a resounding, “No.” I had to giggle.

This then led me to reflect on the umpteen stupid things I’ve caught myself repeating over the years when that little voice inside me said not to – be that the universe or my own internal compass. Maybe they’re the same thing?

Anyone else out there have familiar patterns that repeat themselves even when you know a situation’s bad for you? That nagging feeling that you’re treading on thin ice? Or, that you need to tread in another direction but can’t make yourself turn around?

Not sure that I’d go so far as to say that doing, or not doing, something is literally “stupid,” but not following your compass can be a huge waste. Not just for you, but for the infinite number of people who could be positively changed by your example. There really is a “pay it forward” chain reaction that occurs when you listen to your own guidance. You may think you’re just helping yourself, but a soft ripple starts to happen in the lake around you that’s made up of your friends and family.

Think about someone you know in your life who’s floundering. Maybe one small step toward the universe’s message for you could make all the difference for them too.