My Issue With Mr. Disney

I recently went to see Little Mermaid – The Musical as part of a season package that I purchased, and the entire production far surpassed my expectations. Thoroughly impressed by the performances, I found myself the verge of tears more than once as the vocalists channeled God Himself, but the story? Well . . . 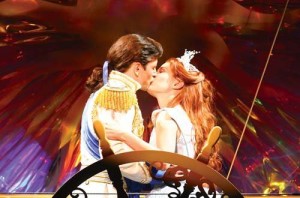 Okay, so here’s my issue: What happens next? Does she go to school? Does she get a degree in oceanography? Does she sail around the world, teach swimming, design wet suits? Surely there’s more to make a splash about than just this?? 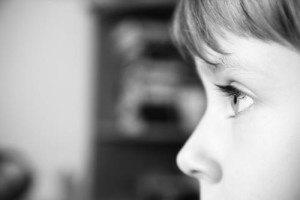 During the show, I watched the faces of the numerous little girls in the audience and my heart ached for them. The message of the story is that love conquers all, and that finding “the one” is not only the mission – it’s the end goal. What we need to show them is that relationships are icing. Potentially fabulous icing, it’s true, but the cake underneath has to all come from within or the thing will collapse down into a heap.

I’m actually a hopeless romantic, believe it or not, and I like to feel like a princess as much as the next girl, but come on! A large percentage of these little theatre goers are going to grow up wanting $40,000.00 weddings in their 20s and wondering why the hell they feel so empty in their 30s. They’ll then leave that relationship, because “surely it must be his fault” and repeat the whole damned cycle over again. Not to mention the poor guy who grew up just wanting to slay dragons, and who doesn’t know that he’s supposed to sing love songs for the rest of his life and not fart. Who can live up to that level of expectation? It’s not fair. 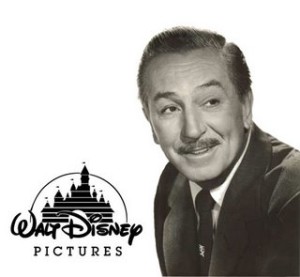 Poor old Walt. It’s not really his fault. Finding the guy was the end goal in his day, and it made for a lucrative business, so I get it, but I think that we need to present a picture that’s a bit more realistic, and stop filling the heads of impressionable young children with hogwash.

Or maybe, just maybe, I need to be a bit less cynical.