Lessons From The Road … 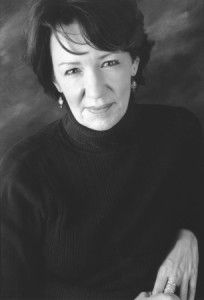 It poured on Interstate 75 yesterday, while we meandered our way from Atlanta, GA to Nashville, TN. The day started out funky, as I found myself overcome with emotion at the sight of my cousin’s wife waving at us from their front porch on our departure. Honey, the dog, lay faithfully at her feet. I didn’t want to leave.

The last time I’d experienced my Georgia based family’s hospitality, I’d had an entirely different life. At that point I’d had permanent residency status and an apartment in Dallas. Now I’m a US citizen living in Ottawa. Of course, there’s a very good chance that my current home is in the right geographical location for what I need right now, but yesterday morning I wanted to curl up on that soggy Georgia soil, grab the lush green grass with both hands, and hold on for dear life. The thought crossed my mind, as it tends to do with all of us at some point, ‘Have I made the right decisions?’

That question was also spurred by a great conversation we’d had the night before about the pros and cons of a carefree path versus a stable/secure pension driven one. Arguments were valid on both sides, but I stuck with my opinion that doing something passionless for years on end – for me – is more painful than the fear associated with uncertainty. Still, in the midst of my Atlanta departure, I questioned my risk taking strategy. That was until …

About midday, our northbound lanes slowed to an alternating crawl/stop/crawl pattern, a row of red tail lights stretched out before us, and police sirens screamed past on the shoulder to converge in a sea of blue and red flashing lights. We eventually approached the accident scene and discovered what begged to be looked at. Folks in vehicles around us collectively dropped their jaws and put hands over their mouths while they stared.

Two or three transports and several vehicles had converged into one big mess of metal, and one car in particular had been jammed completely underneath one of the transports – the entire top of the vehicle completely flattened. There’s no way anyone in that car survived, and you could almost feel souls hovering above us in a state of shock.

A solemn reminder, a heart wrenching reality, and validation that if I had been in that vehicle, I’d have been grateful that I’d done just what I’m doing right now. It could be over for any of us that quickly, and it could happen with or without regrets. The choice is ours.

My prayers go out to the families of those who reached the end of their journey yesterday. Do me a favor, and hug someone you love today in their honor.